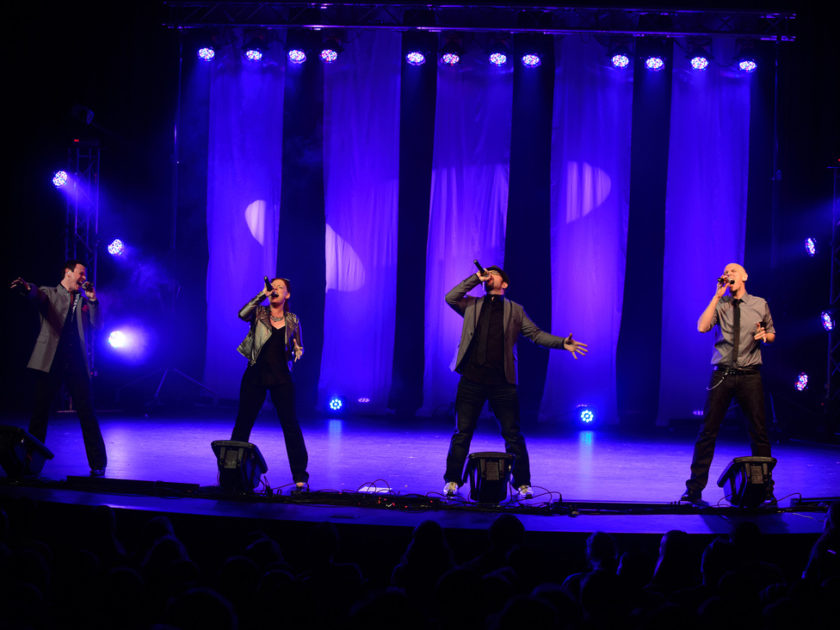 Broadway Records Recording Artists, Blue Jupiter is the cutting edge of a cappella. Soaring pop and Broadway leads. Tight harmonies. Unbelievable beatboxing. And most importantly, nothing else. No instruments. No DJ. No tracks. No calories. No carbs. This NYC-based quartet is just 4 mouths and 4 mics. Real voices and non-stop energy. In a world where seemingly everything is fake, Blue Jupiter is literally, out of this world.

Blue Jupiter’s biggest exposure came from the Lifetime TV show “Pitch Slapped” seen by millions in the US, UK, Israel, The Philippines, Indonesia, Mexico, Venezuela, Brazil and Portugal and throughout Latin America. Blue Jupiter’s female lead singer, and star of Pitch Slapped, Diana Preisler, alongside members of Blue Jupiter became known to their loyal audience as they all coached and performed for young a cappella singers weekly, on TV screens across the globe. But, Blue Jupiter’s fan base was earned way before their reality TV stardom, from over 15 years of non-stop touring. 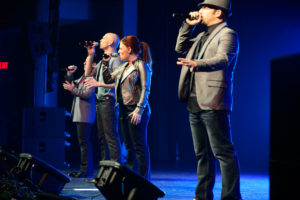