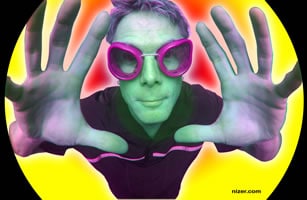 Nizer combines world-class juggling, music, technology and comedy in a show that Performance Magazine has called “nothing less than brilliant.”

Since winning the International Juggling Championships Mark has taken his one man show to thousands of venues around the world, including two Gala Performances at the world famous Just for Laughs Comedy Festival, The Kennedy Center and Lincoln Center for the Performing Arts, 4 times.

Mark Nizer has taken his one-man show to a variety of venues around the world, including The Improv, The Comedy Store, Walt Disney World, thousands of college campuses, and all major cruise lines. He has also performed in thousands of corporate events, civic centers, festivals and performing arts centers including the Kennedy Center and Lincoln Center for the Performing Arts (four times). Entertainment Magazine states, “Without a doubt the hottest juggler on the entertainment market, Mark Nizer is simply incredible.”