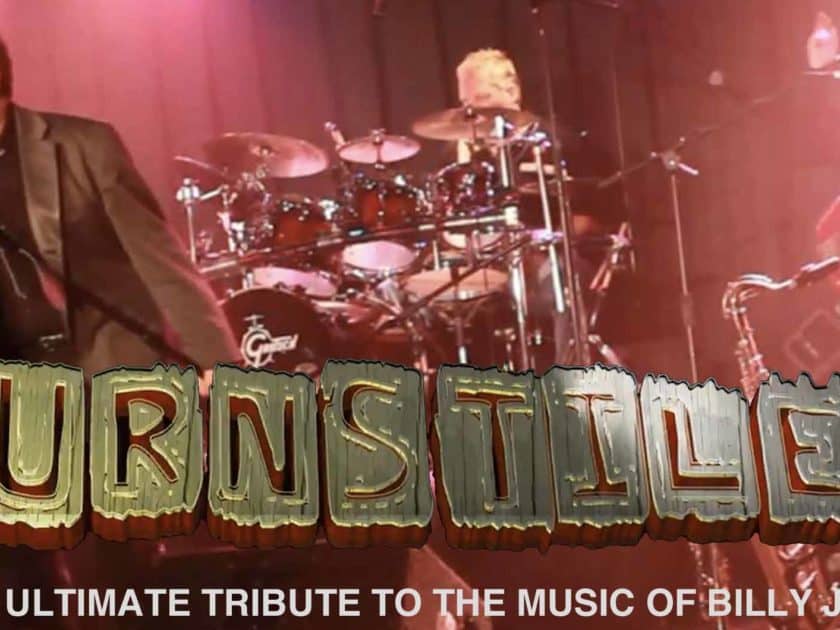 If you consider the definition of “Tribute” as an acknowledgment of respect and admiration, you can understand what has driven Turnstiles’ band leader Tony Monaco to form “Turnstiles”. As a young man, Tony became an inspired, lifelong fan of the Piano Man and he used that inspiration to grow as a pianist, vocalist, and songwriter. As a result, Billy’s style has been forever imprinted on his musical soul, much like that of Ray Charles and many others have been imprinted on that of Billy Joel.

Never intending to be an impersonator, Monaco’s focus instead is simply on the music and delivering a faithful and completely live Billy Joel experience to share with others. Turnstiles’ renditions of Billy’s classic songs are certain to move the casual listener as well as the hard core “Joel fan” to their feet and have them singing along with all the classics! Now, at 5 years into their journey, Turnstiles has performed for 100’s of thousands of fellow Billy Joel fans, leaving them overjoyed and screaming for more!