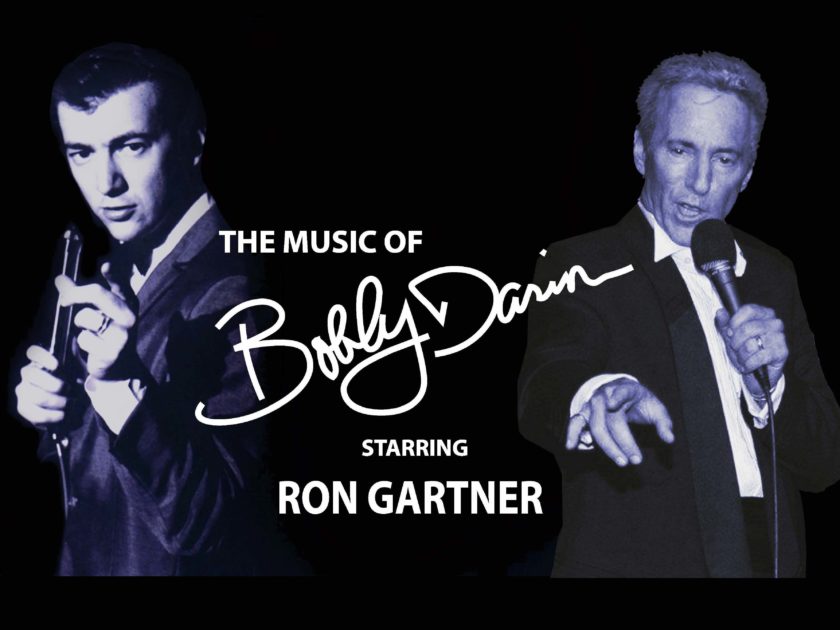 BOBBY DARIN. Singer, songwriter, multi-instrumentalist, actor in film and television. He performed in a range of music genres, including jazz, pop, rock’n’roll, folk, swing and country. He started in show business as a songwriter for Connie Francis and achieved world fame in 1958 with his own first million-seller “Splish Splash”. He died following a heart operation in 1973 at the age of 37. He was inducted into the Rock and Roll Hall of Fame in 1990, the Songwriters Hall of Fame in 1999, and the Recording Academy gave him a posthumous Lifetime Achievement Award at the 2010 Grammy Awards ceremony.


In this special show, Vegas entertainer Ron Gartner honors the Darin legacy… singing the songs of the swingin-est guy who ever put on a tux…Finger-snappin’ songs like “Mack The Knife,” “Dream Lover,” “Beyond the Sea,” “Artificial Flowers,” “Queen of The Hop,” “Clementine,” “That’s All,” and many many more!