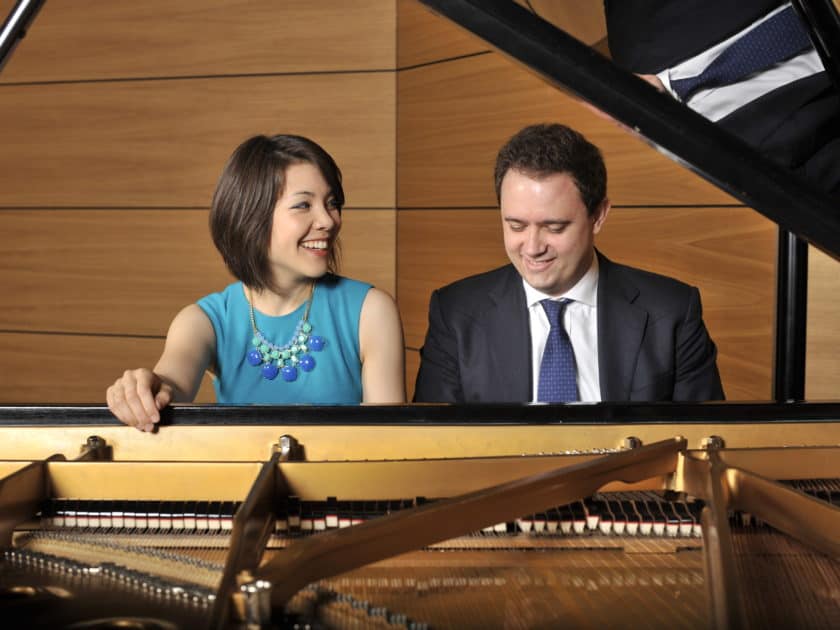 Stephanie Trick “has come to practically dominate the stride piano field,” notes reviewer Jack Rummel. Harlem stride piano, which developed in the 1920s and ‘30s, is an orchestral style of two handed piano playing that not only swings, but is also technically demanding and exciting to watch. In the words of the great Dick Hyman, Stephanie is “one of the nicest gifts to arrive on the jazz piano scene in recent times, and we couldn’t be more delighted to welcome her.” Stephanie frequently performs with her husband, acclaimed pianist Paolo Alderighi, making arrangements of songs from the Swing Era in a four-hands piano duo. In 2014, they played for the Prince of Wales and the Duchess of Cornwall at the Edinburgh Jazz & Blues Festival. Stephanie was the 2012 recipient of the prestigious Kobe-Breda Jazz Friendship Award, and has performed in many parts of the United States as well as in Europe in a variety of venues.