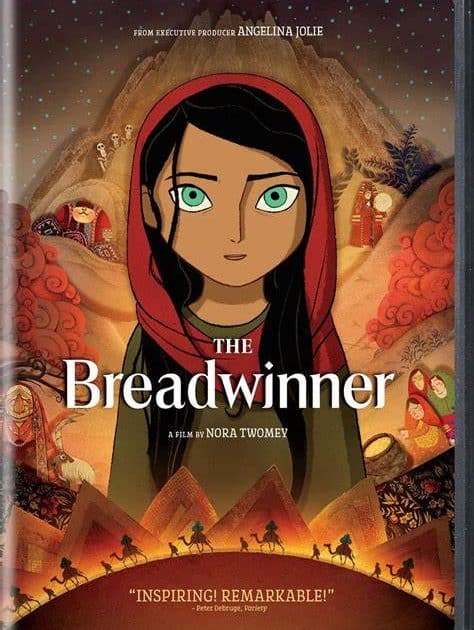 This beautifully animated film inspires with outstanding storytelling that will engage adults and older children. Set in Afghanistan’s capital city of Kabul in 2001 “The Breadwinner’s” story focuses on 11-year-old Parvana (voice of Saara Chaudry). When we first meet her she spends much of her time at the local market with her former school teacher, her father Nurullah (Ali Badshah) who now makes ends meet by selling goods and writing letters for people who can’t read or write. When he is thrown in prison for questioning the Taliban’s absolute rule, Parvana must disguise herself as a boy—cutting her hair short and wearing her late brother’s clothes—to be allowed in public and help her family survive.

A pre-show and post-show chat will enlighten audiences with fascinating background information.

This project is supported in part by an award from the National Endowment for the Arts.