The Brothers Four with special guest The Limeliters 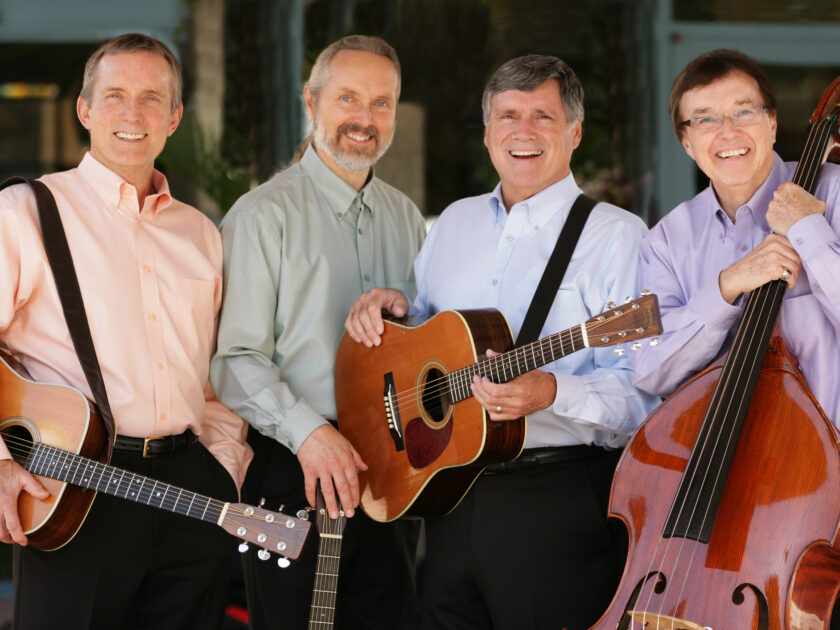 After decades leading the folk music scene, two legendary folk bands, The Brothers Four and The Limeliters, come together on-stage to deliver an acoustic fingerpicking trip back to Newport. The Brothers Four were pioneers in the “folk revival”, and of the few groups from those times still performing today, they remain one of the best known and most popular. An evening with this quartet is an unforgettable time of pure, acoustic music and entertainment. Musical million-sellers for The Brothers Four include “Greenfields,” “Yellow Bird,” “Try to Remember,” and “Across the Wide Missouri.” And their hit recording of “The Green Leaves of Summer” from the motion picture “The Alamo,” was nominated for an Academy Award.

The Limeliters launched their career in 1959 in San Francisco and before long emerged as one of the dominant voices of the early 1960’s folk music scene. For three years they were the musical representatives for Coca- Cola, and their rendition of the jingle “Things Go Better with Coke” became a national hit. A string of best selling albums for RCA Records and frequent appearances on every major TV show quickly made them a household name. With their energy and enthusiasm undiminished, the group remains as exciting an act as the genre has produced. Now more than ever, the surging vocals, thrilling harmony, and whacked out sense of humor of this unique trio continue to earn them their title as…“The Fabulous Limeliters”.

These two great Folk Revival era singing groups will showcase all of their well-known hits from the 60’s and then join together to play some of folk music’s iconic songs. If you are a fan of folk music in general, you will know every song that they perform during this very special evening. And, singing along is not just encouraged…it’s required!